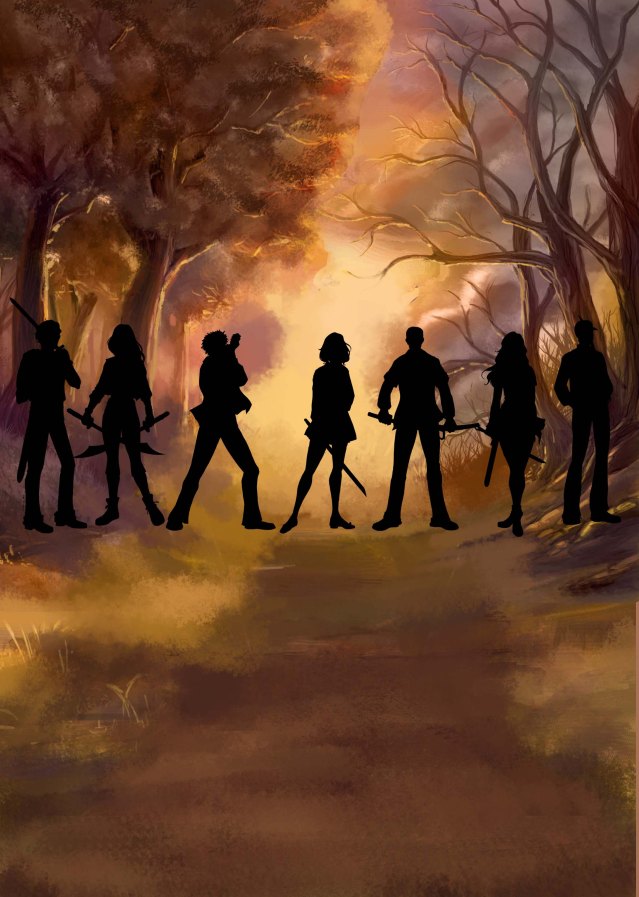 A long time ago, in the beginning, there was a Boy and he lived in darkness. There was nothing around him but his dreams. He dreamed of a world that was exactly like ours. And every time he woke up, the darkness started to look more and more like ours.

One day, there was a whole universe created by The Boy and his dreams. The long haired boy believed in compassion and his compassion took the form of seven people who represented his passion for life. They would protect the universe from slipping back into darkness which was the desire of The Boy’s evil doppelganger The Lost Child and his seven sinners.

They each carried a sword to represent The Boy’s fortitude in the belief of community. Generation after generation, there would be a new seven to protect their master’s dreams. 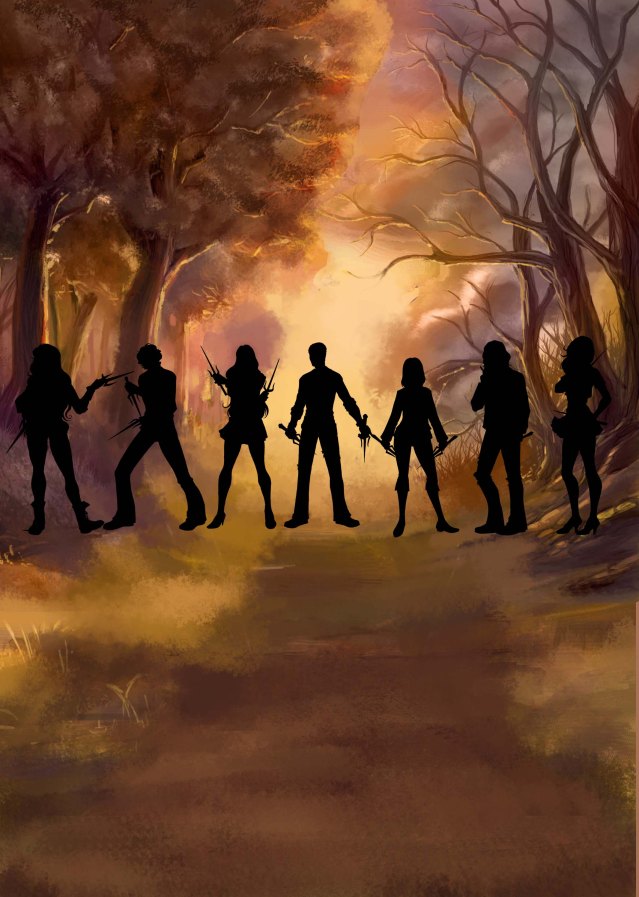 A little bit after The Beginning, there was The Boy’s shadow. As the darkness around The Boy disappeared and became the universe, his shadow took on a life of its own. The shadow would see The Boy’s dreams and not see community but hate, greed and destruction. The shadow hated that The Boy would bring beings like you and me into their world.

One day, the shadow grew tired of The Boy’s constant creation and broke free to become its own person. It became a doppelganger of The Boy and called itself The Lost Child. It vowed to destroy every single being The Boy created in their world. And from that edict came seven beings that represented The Lost Child. Their goal was to bring the unbalance needed for The Lost Child to corrupt and destroy the beings that were similar to who we are by defeating The Boy’s seven avatars.

Every generation a new seven serving The Lost Child would answer the call to misadventure. And as long as there was a reasonable amount of representation from either side, existence would continue…

…but for how long?

Category: The Eternal Showdown of The Fates, The Fates, THE FATES OF DESTINY, The Piersdale 14, Uncategorized

← The Sun That Blazes
River Rolling →

The Book Of Events Version 1.0: The Destiny Saga Encyclopedia